Did Matthew Fox Assault a Woman?! 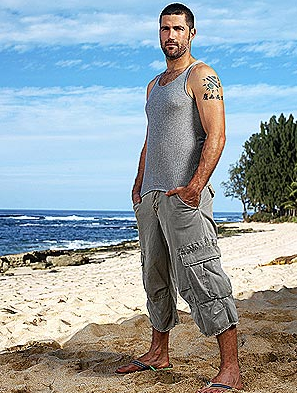 Oh my word.  This is one crazy story and I am so hoping it isn’t true!  A woman, Heather Bormann (below) is accusing Matthew Fox (LOST) of assaulting her last night in Cleveland, Ohio.  She was the driver of a party bus that he allegedly tried to board and was told he wasn’t invited, so he allegedly punch Bormann in the crotch and face.  What?!  Yeah.  Why on earth would he do something that ridiculous?!  Well, he was supposedly very wasted.  But come on… that will never be a good excuse for punching a woman!

Fox was detained by an off duty cop, then after the police arrived, he ended up going home in a cab with a friend.  I think that it’s odd he wasn’t arrested and taken into custody?  Was this celebrity treatment?  Was there no evidence?  Something is fishy here.

“He just kept staring at me with his mouth wide open and not saying anything. I told him, ‘You have to leave buddy. You are trespassing on my bus.”  He then “leaned in and started punching my crotch and breast.  I took one hand to his jaw and he was spitting blood. He stumbled backwards.  This was my self-defense.  This was the only way I could protect myself…..from a man beating up on a woman.”

Bormann meeting with prosecutors today and may press charges.  If this story is TRUE, then why wouldn’t she press charges?  Is she in it for money?  Will she just demand a hefty settlement?  What gives?

Thoughts?  Drop them in the box below: