Bachelor Pad 2: Melissa Is Headed To The Loony Bin 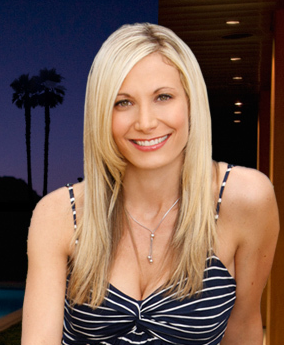 Oh my word.  Watching last night’s episode of Bachelor Pad 2 was painful…. from beginning to end.  Starting off with the wannabe cliffhanger from last week, that was nothing, Kasey was safe and Jake was sent home.  No surprise there.  But then watching Jake in the limo was weird!  He really seemed like a normal dude on his season of the Bachelor.  But man, he’s got a few screws loose.  Seriously.

Later on watching Michael suffer while Holly was out on her date with Blake was torture as well.  That poor guy.  I feel so bad for him.  I wish he’d go hook up with some other girl and give Holly a taste of her own medicine.  He’d either feel better or solidify that he really only wants to be with Holly.

Then the worst part of all of this…. Melissa.  OMG.  This girl is the most painful to watch train wreck in reality TV history.  Talk about an insecure MESS.  Not a hot mess either.  She isn’t pretty.  And her personality isn’t helping anything.  Coming off like a desperate, psycho stalker chick isn’t really something anyone is attracted to.  I of course wanted to see Vienna leave…. but I was more than relieved to see Melissa sent home.  She is a nut case.  I was shocked that she didn’t completely flip her lid when Chris Harrison said her name.  Then watching completely fall to pieces in the limo was the icing on the “cake.”  This girl truly needs mental help.  Some serious sessions with a psychiatrist would do her a world of good.  Then she needs some lessons in self confidence and how you are supposed to behave in order to attract any guy.   If someone out there has a heart, reach out to this girl and help her out…. she needs help!

The twist in the dagger at the end of the episode was of course that Kasey was kept in the house once again.  Ugh.  Mr. Voice With A Permanent Cold needs to go away.  He thinks he’s so tough and well, he’s a complete and utter tool.

It was sad to see William go.  I was hoping that he’d have the chance to redeem himself after the whole Ashley Hebert trashing he did and well, that didn’t happen for him.  Hopefully he will find a cute girl and treat her like a princess and that will be all the redemption he needs at the end of the day.