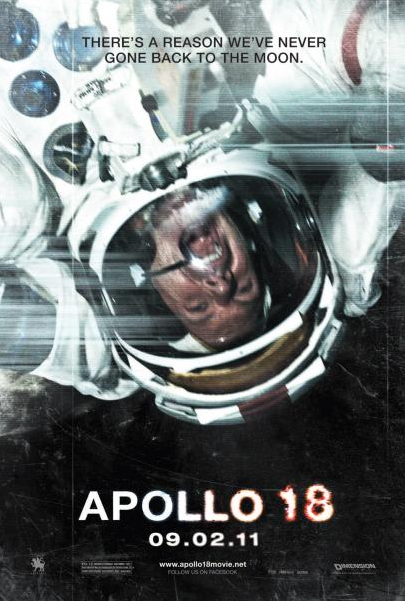 In the mood to be freaked out when you look at the moon from now on?  Well then Apollo 18 is for you.  This freaky flick hits theaters this Friday, September 2nd and well, it’s already creeping me out.

Officially, Apollo 17, launched December 17th, 1972 was the last manned mission to the moon. But in December of 1974, two American astronauts were sent on a secret mission to the moon funded by the US Department of Defense. What you are about to see is the actual footage which the astronauts captured on that mission. While NASA denies its authenticity, others say it’s the real reason we’ve never gone back to the moon.

Here is the latest trailer to get you going:

So what do you think? Are you going or is this one to skip?