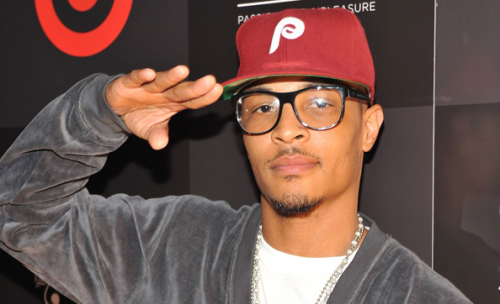 Yes my friends.  This is what the world is coming to.  Rapper T.I. was just released from prison after serving ten months in an Arkansas prison and is serving his last month of the 11 month sentence at a halfway house.  Then it’s a new reality show on VH1 for the humbled star.

The half hour 10-episode series follows the “King of the South” at his most vulnerable state, as he is released from an 11 month Federal prison term, his second stint in three years. Along the way we will see T.I. re-acclimate back into his life as a father, husband, son and friend, as well as a musician, a clothier, a businessman, and an actor (he last starred in and produced Sony’s film TAKERS which opened number one at the box office the weekend prior to his arrest). We will also witness T.I. behind the scenes in studio as he goes about recording yet another likely Grammy-award winning album. All the while with T.I. needing to abide by a new set of restrictions and obstacles due to his probation terms. Can the King stay on the straight and narrow while juggling the chaos of his kingdom?

Yeah, that is the million dollar question.  The untitled T.I. show is set for a December 5th premiere on VH1 at 10pm.  You can check out the full press release on the show HERE.

Are you at all interested in watching this show?  I am glad he’s trying to better his life.  I guess that I am just sick of people making terrible choice and essentially getting paid for it.  It’s like they are getting rewarded for being douche bags.  Thoughts?