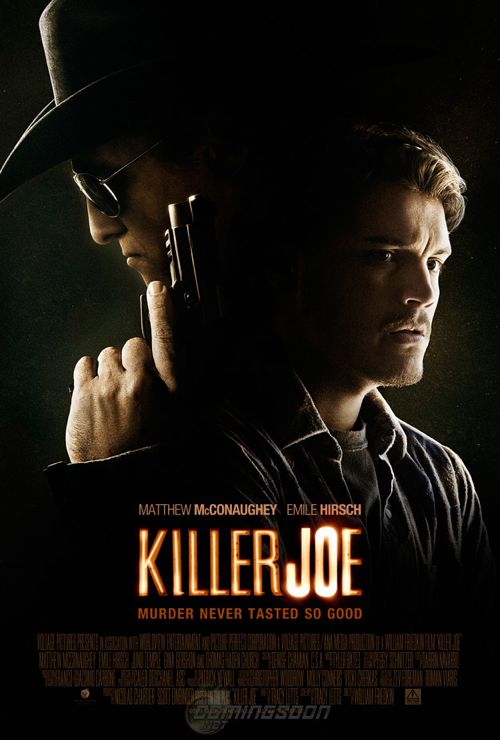 I love me some Matthew Mcconaughey and this poster for Killer Joe makes me love him more.  This movie looks killer!  Um, yeah.. no pun intended.  Killer Joe is anything but a romantic comedy.  It’s time for another serious role for McConaughey…think A Time To Kill….

When 22 year old drug dealer Chris (Hirsch) has his stash stolen by his mother, he has to come up with six thousand dollars quick or he’s dead. Desperate, he turns to “Killer Joe” (McConaughey) when he finds out that his mother’s life insurance policy is worth $50,000. Although Joe usually demands cash up front, he finds himself willing to bend the rules in exchange for Chris’ attractive younger sister, Dottie (Temple), who will serve as sexual collateral until the money comes in… if it ever does.

There hasn’t been a release date given as of yet.. we will let you know!