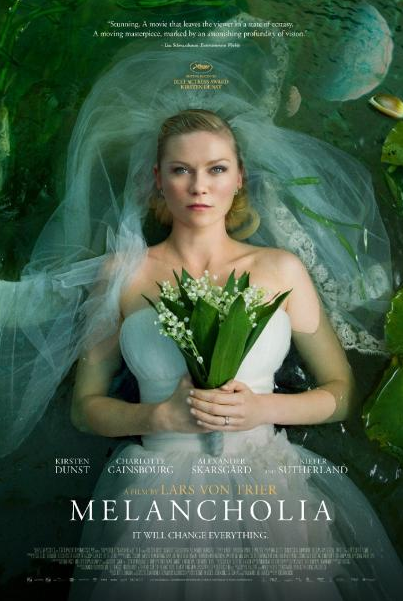 “Melancholia” is described as a beautiful movie about the end of the world, and the story hinges on a large object from outer space approaching Earth that affects the planet’s inhabitants.

I’d say that this one is MUST SEE. Melancholia opens in theaters on November 11th. I cannot wait for this one.
Continue Reading