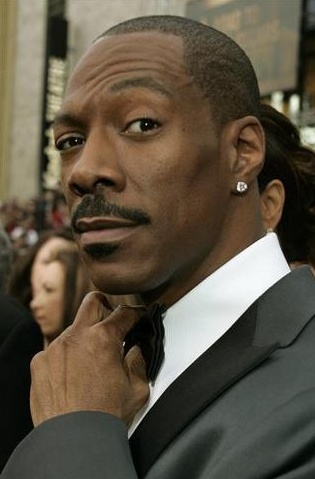 “Eddie is a comedic genius, one of the greatest and most influential live performers ever,” said Ratner. “With his love of movies, history of crafting unforgettable characters and his iconic performances – especially on stage – I know he will bring excitement, spontaneity and tremendous heart to the show Don and I want to produce in February.”

“Eddie is a truly ground-breaking performer, whose amazingly diverse array of roles has won him a devoted audience of all ages. His quick wit and charisma will serve him very well as Oscar host.”

“I am enormously honored to join the great list of past Academy Award hosts from Hope and Carson to Crystal, Martin and Goldberg, among others.  I’m looking forward to working with Brett and Don on creating a show that is enjoyable for both the fans at home and for the audience at the Kodak Theatre as we all come together to celebrate and recognize the great film contributions and collaborations from the past year.”

Congrats on the gig Eddie!  We can’t wait to see you in action!  We know that you will be wayyyyy better than what we had last year…….