Rob Kardashian is Blowing Off ‘Dancing With The Stars’ 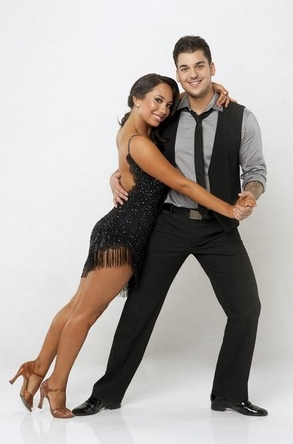 This is what happens when you’re a grown man and you let your mom make you do something you don’t want to do.  Kris Jenner made Rob Kardashian join Dancing With The Stars when he really didn’t want to.  The result?  He’s pissing off his partner, Cheryl Burke by blowing rehearsals off and not taking it seriously.


Sure, he’s all about talking smack to his sister, Kim Kardashian, saying that he will beat her at the competition by making it past week three, but at this rate, this is not going to happen.  Rob is only practicing about two hours a day while the rest of the duos are putting in at least five hours each day.

I predict that Rob will be out within the first three weeks…. unless he gets his act together and puts in the time.  If he’s already pissing off Cheryl, they are going to have zero chemistry on the dance floor.  Suck for her.