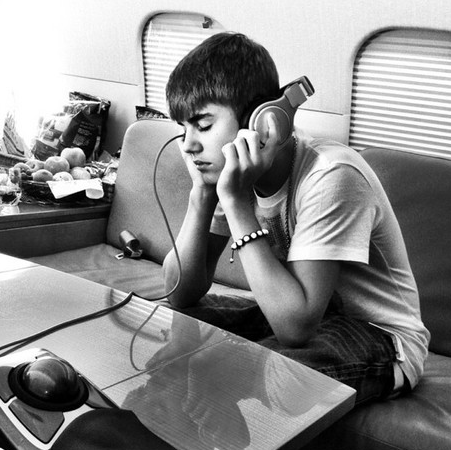 Justin Bieber was at Dolce & Gabbana’s Fashion’s Night Out event in NYC when he confessed to something that may make him lose a few points with some of his adoring fans.  He wears women’s jeans!

“I’ve worn women’s jeans before because they fit me. It’s not a trend; it’s just, whatever works, works.”

That’s okay, I guess.  But maybe you shouldn’t admit it.  Not when you get accused of being a girl on a daily basis.  You just gave teh critics more ammo!

“It wasn’t [so he’d] look like a woman in a sweater; it was just a regular sweater that happened to be a woman’s.”

Well, I don’t know if Kanye is going to care or not, but perhaps men’s clothing designers need to change up a few things…… make something the guys want to wear!