‘Point Break’ Reboot Is On The Way 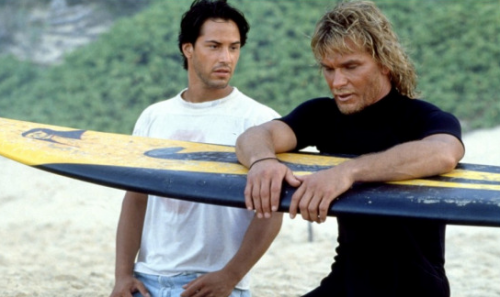 What’s with Hollywood redoing Patrick Swayze’s classic movies?  They already announced that they are rebooting Dirty Dancing and now there is a reboot of Kathryn Bigelow‘s action flick, Point Break underway.  Can you say, GAG ME?!


Kurt Wimmer wrote the screenplay and the project is moving forward.  The press release read:

“The new version is set in the world of international extreme sports,and like the original involves an undercover FBI agent infiltrating a criminal ring, but plot points beyond that have not been revealed by the filmmakers.”

This to me is a really big disappointment.  I think that some things in Hollywood should be held sacred and left alone.  It seems like someone’s lost their creativity and therefore have to go out and make a mockery of something that was held high as a classic film.

What do you guys think?  Do you want to see a reboot of Point Break?