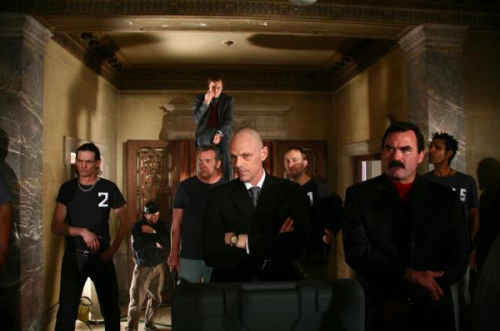 Gela Babluani’s remake of his French-language film “13 Tzameti.” A naive young man assumes a dead man’s identity and finds himself embroiled in an underground world of power, violence, and chance where men gamble behind closed doors on the lives of other men.

13 opens in theaters on October 28th.