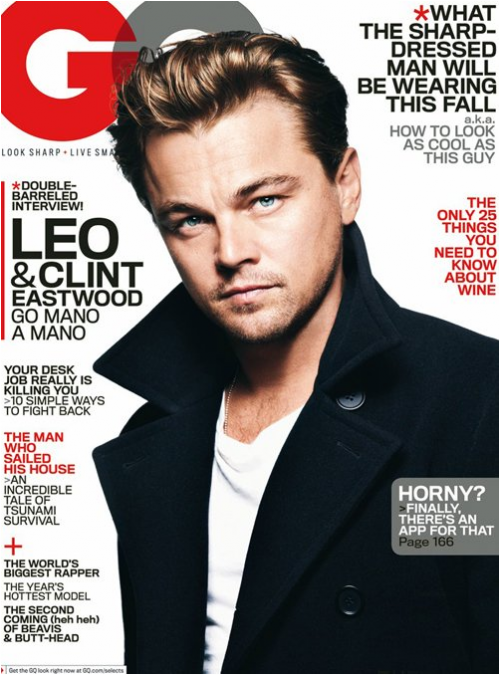 Leonardo DiCaprio is adding some suave to our plethora of female eye candy loaded magazines for October! Yay! He’s absolutely delicious on the cover (and inside) GQ. He chatted with the mag about his amazing career in the movies and he’s got great perspective so far…..

“Throughout my career, I never knew which movies of mine made money and which didn’t. When Titanic came out, people would say, ‘Do you realize what a success this is?’ And I’d say, ‘Yeah, yeah, it’s a hit.’ The [money] stuff never mattered to me until I was into my thirties and got interested in producing, and people would show me charts explaining what finances a movie, what you’ll make from foreign, what you’ll make from domestic, what you need to make an R-rated film that’s a comedy versus a drama. But even now I say that unless you want to prove that you can carry a film with your name, continuously trying to achieve box-office success is a dead end.”

Grab a copy of GQ for the full article and enjoy the snaps below: