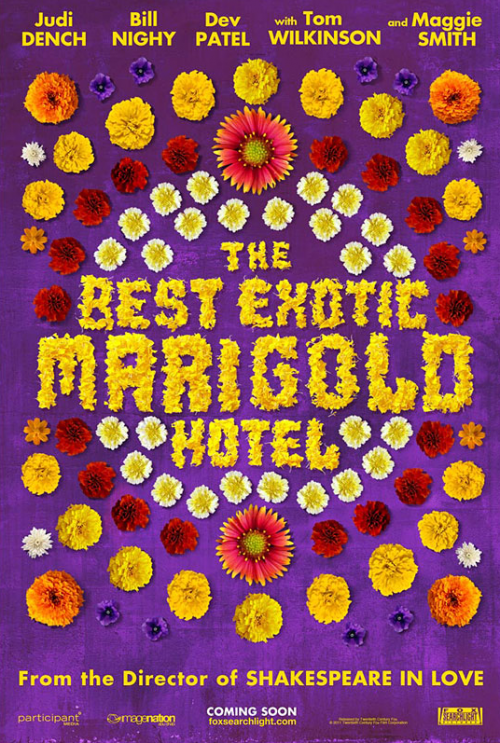 Tom Wilkinson, Judi Dench, Dev Patel, Maggie Smith, and Bill Nighy all star in the upcoming comedy/drama, The Best Exotic Marigold Hotel that is slated to open on March 9, 2012.

“The Best Exotic Marigold Hotel” follows a group of British retirees who decide to “outsource” their retirement to less expensive and seemingly exotic India. Enticed by advertisements for the newly restored Marigold Hotel and bolstered with visions of a life of leisure, they arrive to find the palace a shell of its former self. Though the new environment is less luxurious than imagined, they are forever transformed by their shared experiences, discovering that life and love can begin again when you let go of the past.

Not your run-of-the-mill type movie, I think it looks interesting….will you be watching?