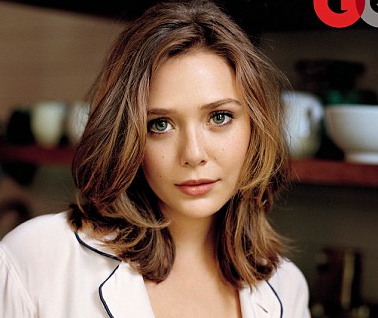 Mary-Kate and Ashley Olsen have another sister that you may or may not have already heard about.  Her name is Lizzie (Elizabeth) and she is gorgeous.  She’s featured inside the October issue of GQ mag and she’s talking about her nude scene in, Martha Marcy May Marlene.

It’s actually rather creepy… she’s being offered up as a ritual shag and well, I’ve got shills already and I haven’t even seen it.  But apparently, the scene required her being naked and she was totally cool with it.

“The movie wouldn’t have been as disturbing without it.  Taking away someone’s sexuality, making it something you don’t even own anymore—that’s the scariest thing.”

Lizzie didn’t want to just right the coattails of her sisters… she made her own way into the industry by training with the Atlantic Theater Company, going to Russia to study acting, dialect, and stage combat.  It’s paying off already and she’s going to be a household name too…. just not in the same “light.”