Paul McCartney Getting Married in SAME Venue as His First Wedding 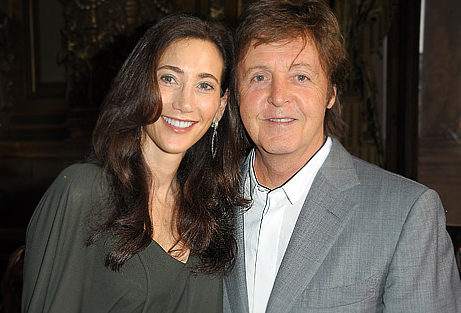 This headline immediately had me shaking my head.  Paul McCartney and his fiancee, Nancy Shevell posted a notice of intention to marry at London’s Marylebone Register Office on Wednesday.  They can officially tie the knot after September 30th and have up to a year before to do it before the papers expire.

Alison Cathcart, Westminster City Council’s superintendent registrar will be officiating their ceremony and said she is “delighted that Paul and Nancy have chosen Marylebone Town Hall for their special day.  Lots of couples get married here because of the venue’s reputation as a rock ‘n’ roll place to tie the knot and this ceremony will certainly continue that legacy.”

Sure, that does make sense.  But who gets married (for the third) time in the same place they were married before?  That just seems heartless.  Especially considering McCartney’s first marriage was to Linda in 1969 and she died of cancer in 1998.  Is nothing sacred anymore.  It seems like she would roll over in her grave watching him walk down their aisle with someone else.

Of course McCartney’s second marriage was to Heather Mills and they divorced in 2008… and were married in a different venue.

What do you guys think?  Could you get remarried in the same place as your first marriage?