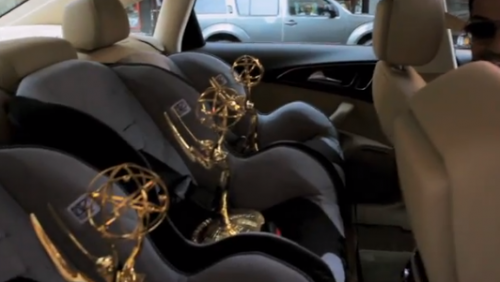 The 2011 Primetime Emmy Awards are tomorrow night!  Are you ready for some glitz and glam mixed up with some shiny trophies?  How about a little spoof to get you laughing before the big show?

Some past Emmy winners have some together for this hilarious video, Life After Emmy.  Jeremy Piven, Kristin Chenoweth, Jackee Harry, and Megan Mullally are fantabulous as they promote this year’s awards.

Who was your favorite?