John Mayer Out of Commission, Diagnosed With Granuloma 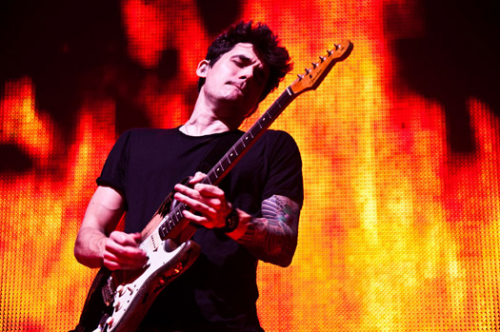 It looks like John Mayer is going to off the music market for a bit.  Fans have been looking forward to his new album, Born and Raised coming out in the next couple of months, but now, they have a much longer wait.  John is having vocal cord issues that are taking him out of music commission for awhile.

He shared the news with his fans on his blog saying,

After several months of going week to week monitoring and hoping to correct the condition, I am forced to cancel my upcoming singing engagements due to something next to my vocal cords called a granuloma.

I’m bummed to have to bow out of both the iheartradio Music Festival in Las Vegas and an appearance with Tony Bennett in Los Angeles. I know there were people depending on me to be there and I’m sorry that I can’t be on those stages.

‘Born and Raised’ is complete as far as music recording, song selection, and in some cases mixing, but because of this condition I couldn’t finish singing on several of the tracks. This means the record will be released next year instead of this fall or winter.

This is a temporary setback, though I’m not sure how long or short a period of time it will be. I’ve got the best doctors in the country looking after me and I will be singing and touring again as soon as I get the all clear. Until then I’ll be spending time writing and composing more music and kicking an empty soup can around the West Village.

I’m looking forward to seeing you again soon. Until then take good care.

Well, we hope that this condition improves quickly and doesn’t cause any permanent damage.  Get well soon John!