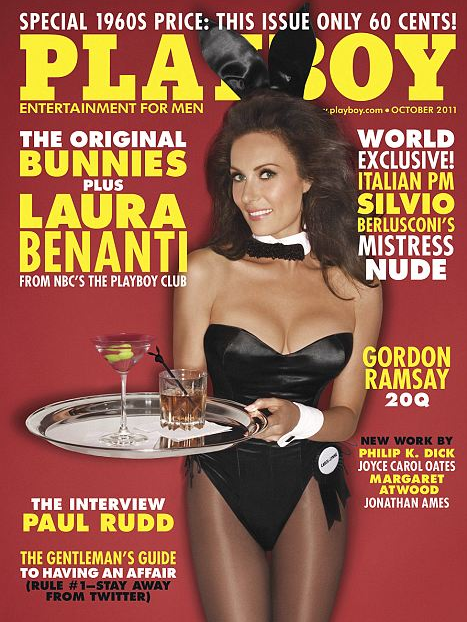 Laura Benanti is starring in the new ABC show, The Playboy Club and she’s also gracing the cover of the October 2011 issue of Playboy magazine.  This issue is selling for a mere 60 cents an issue in honor of the vintage mag from the 1963 issue.  They even styled Benanti the same as the original.

Hugh Hefner isn’t worried about losing any money by on selling the issue for 60 cents when it is usually $5.99 an issue.  The majority of the readers are subscribers and therefore it won’t affect that end and they are saying that advertising has gone way up.  So of course, they are sitting pretty.

What do you think of this throwback cover?