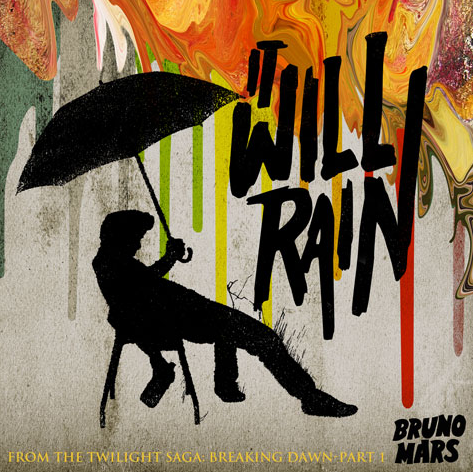 The Twilight Saga: Breaking Dawn – Part 1 soundtrack will be released on November 8th.  BUT, before that, we get the lead song for the album, which is by none other than Bruno Mars!  The song it called, It Will Rain and that will be released on Tuesday, September 27th.

Of course we will still be waiting anxiously for the November 18th release of the movie!

Will you be buying the soundtrack?