Katherine Heigl: ‘One For The Money’ Official Trailer Has Arrived 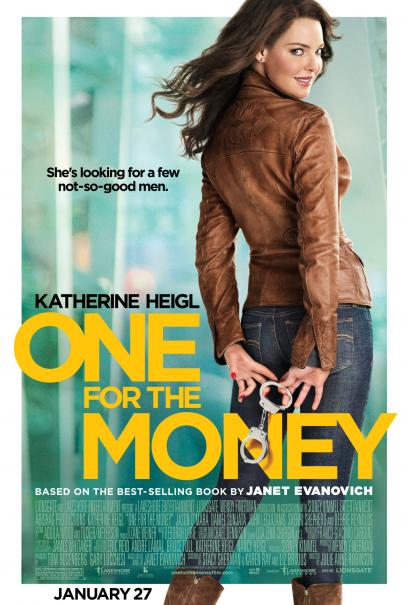 Katherine Heigl, Jason O’Mara, Daniel Sunjata, John Leguiziamo, Debbie Reynolds, and Debra Monk all star in the upcoming action/comedy, One For The Money. I am a huge Heigl fan and have been in need of a fix, so I am stoked to see this one.

A proud, born-and-bred Jersey girl, Stephanie Plum’s got plenty of attitude, even if she’s been out of work for the last six months and just lost her car to a debt collector. Desperate for some fast cash, Stephanie turns to her last resort: convincing her sleazy cousin to give her a job at his bail bonding company… as a recovery agent. True, she doesn’t even own a pair of handcuffs and her weapon of choice is pepper spray, but that doesn’t stop Stephanie from taking on Vinny’s biggest bail-jumper: former vice cop and murder suspect Joe Morelli – yup, the same sexy, irresistible Joe Morelli who seduced and dumped her back in high school.

Nabbing Morelli would be satisfying payback – and a hefty payday – but as Stephanie learns the ins and outs of becoming a recovery agent from Ranger, a hunky colleague who’s the best in the business, she also realizes the case against Morelli isn’t airtight. Add to the mix her meddling family, a potentially homicidal boxer, witnesses who keep dying and the problem of all those flying sparks when she finds Morelli himself… well, suddenly Stephanie’s new job isn’t nearly as easy as she thought.

One For The Money will land in theaters on January 27th… be there!