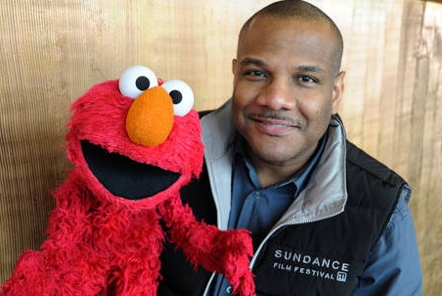 Being Elmo is a behind the scenes look at the man, Kevin Clash, who created Elmo, the most beloved muppet on Sesame Street.

“Being Elmo” chronicles the life story of puppeteer Kevin Clash – the multiple award-winning persona behind the furry red monster Elmo of television’s “Sesame Street.” As a teenager growing up in Baltimore in the 1970s, Kevin had very different aspirations from his classmates – he wanted to be a puppeteer. More specifically, he wanted to be part of Jim Henson’s team, the creative force responsible for delivering the magic of “Sesame Street” on a daily basis. With a supportive family behind him, Kevin made his dreams come true.

Combining amazing archival footage with material from the present day, filmmaker Constance Marks explores Kevin’s story in vivid detail and chronicles the meteoric rise of Jim Henson in the process. Narrated by Whoopi Goldberg and including interviews with Frank Oz, Rosie O’Donnell, Cheryl Henson, Joan Ganz Cooney and others, this insightful and personal documentary offers up a rare, behind-the-scenes look at Sesame Street and the Jim Henson legacy.