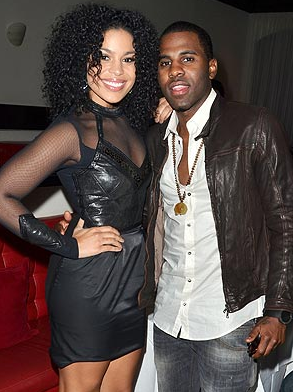 The rumors were actually right this time!  American Idol winner (2007), Jordin Sparks and pop star, Jason Derulo are in fact an item!  They’ve been dating since August and things are looking very lovey-dovey for the cute couple.

So how did these two start their romance? Well, they were both in the Bahamas when he got his first look at her with that fit, new body and  that made him look at her “in a whole new light in the Bahamas.  She lost over 30 pounds and looks amazing — and he told her. It started there and they have been really reconnecting, now as lovers and not just friends,” one source told Us.

The rumors just started though when they were seen getting cozy at Derulo’s birthday bash in Los Angeles this past weekend.  One witness said,

“Jordin would sing to him occasionally through the night in his ear if her head was rested on his shoulder.  It was Jason’s only night in L.A. and the pair were excited to reunite.”

Well how cute is that?  Hopefully their super busy, separate schedules won’t ruin things too fast.  She’s got a movie, Sparkle in the works and he’s dropping his new album, Future History.