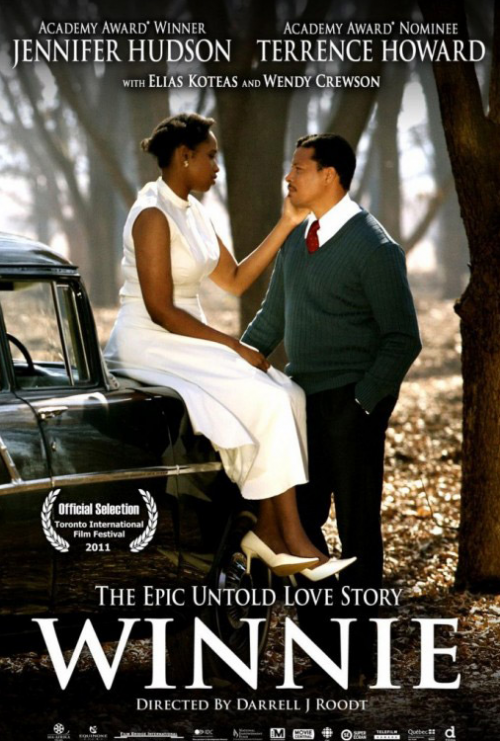 Jennifer Hudson, Terrence Howard, Wendy Crewson, and Elias Koteas star in the upcoming biopic film, Winnie.  Jen has already won one Oscar, could this be her path to another?

“Winnie” is a drama about the former wife of South Africa’s first black president, Nelson Mandela (Terrence Howard). Hudson will play Winnie Mandela in the film set in the South African locations of Johannesburg, Capt Town, Transkei and Robben Island, where the future president spent 18 of his 27 years in prison.

While Nelson Mandela is a universally sympathetic figure for his struggle against apartheid, his former wife is a far more complicated figure. She has been depicted as the mother and wife who was a steadfast supporter of her activist husband and who was jailed herself for campaigning for his release and fighting against apartheid. Her image was subsequently tarnished by association with a bodyguard who murdered a 14-year old alleged informer, and she was later convicted of fraud.

The filmmakers will tell the whole story, good and bad.

We are still waiting on a release date so we will let you know as soon as we do!