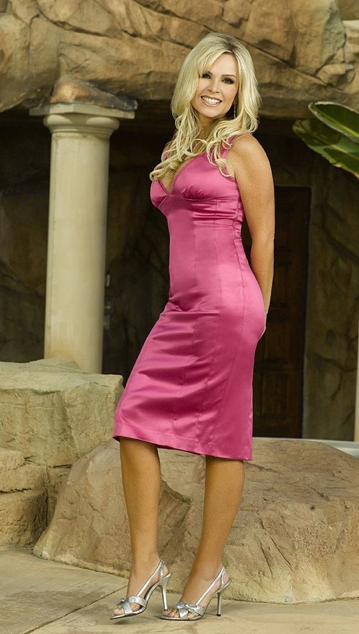 “I’ve already had one reduction, and I’m actually planning on having my implants removed.  Big boobs make you look so much heavier when you’re a small girl. I’m 112 lbs., and I have these D boobs popping out. It’s a stripper look, and I don’t want that!”

Tamra is planning to have Dr. Milind Ambe do the operation.

Tamra’s soon to be ex, Simon has in th epast stated his distaste about the possible reductiion,

“His comment was: ‘I don’t want mosquito bites,'” Tamra says, adding that her recent decision to run a marathon pushed her to want a more athletic frame.

Even Tamra’s current guy, Eddie Judge isn’t keen on the idea but she could care less,

“I’m at the time in my life where I really don’t care what a man thinks. I’m doing this for myself. And ultimately, what makes me happy makes Eddie happy too!”

I will never understand this type of thinking… that surgery is like getting your nails done.  How about thinking ahead in the first place?  Oh the world of plastic.