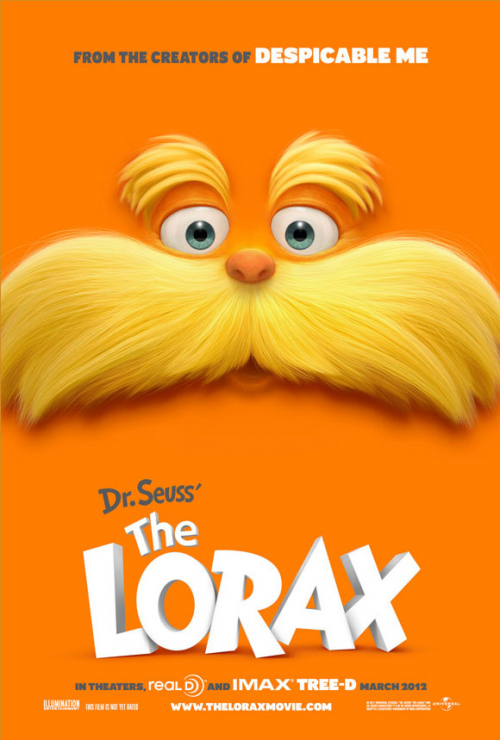 Who doesn’t love Dr. Suess? I am beyond thrilled for this new family flick, The Lorax to arrive.  The cast is to die for as well! Danny DeVito, Ed Helms, Rob Riggle, Zac Efron, Taylor Swift, and Betty White!  Love it!

If you are unfamiliar, here’s the scoop:

An adaptation of Dr. Seuss’ classic tale of a forest creature who shares the enduring power of hope. The animated adventure follows the journey of a boy as he searches for the one thing that will enable him to win the affection of the girl of his dreams. To find it he must discover the story of the Lorax, the grumpy yet charming creature who fights to protect his world.

Danny DeVito will lend his vocal talents to the iconic title character of the Lorax, while Ed Helms will voice the enigmatic Once-ler. Also bringing their talents to the film are global superstars Zac Efron as Ted, the idealistic young boy who searches for the Lorax, and Taylor Swift as Audrey, the girl of Ted’s dreams. Rob Riggle will play financial king O’Hare, and beloved actress Betty White has signed on to portray Ted’s wise Grammy Norma.

We will have the trailer up as soon as it drops!  The Lorax opens in theaters on March 2nd!