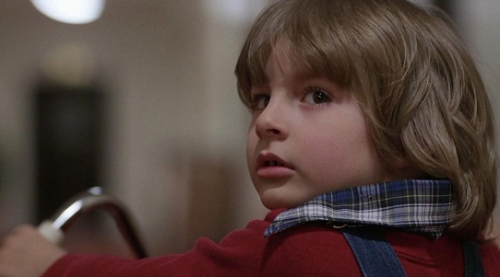 Fans of Stephen King’s The Shining are getting pretty excited at the thought of a sequel.  Actually, some are not so keen on the idea.  But, regardless, it’s happening. This was posted on King’s site:

It’s now official–Stephen is working on Dr. Sleep, the sequel to The Shining.  This weekend Steve read an excerpt from this at his appearance at George Mason University.  They have given us permission to post their taping of the event here on Steve’s site which we will do as soon as we receive the file.  Dr. Sleep’s plot includes a traveling group of vampires called The Tribe which is part of the passage he read from.

So not a whole lot in the details department so far.  But we will keep you posted.

What do you think though?  Is it weird to have a sequel this many years later?  The Shining is from 1980!

Sound off in the comments below: