Ashton Kutcher and Demi Moore Speak Out On Their Alleged Split 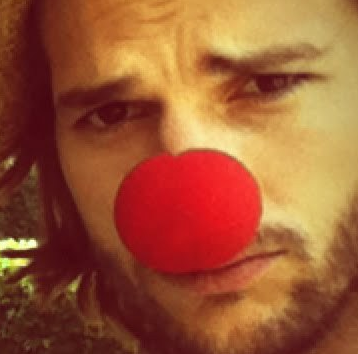 The buzz has been taking over the internet for days now.  The rumors of Ashton Kutcher cheating on Demi Moore, their anniversary spent 3,000 miles apart, the imminent divorce, etc.  Well, the seemingly not so happy couple has spoken out on their relationship status.  They have sent out their statements through their favorite rep: Twitter.

Demi’s was first when she said:

“When we are offended at any man’s fault, turn to yourself & study your own failings. Then you will forget your anger.”

And then Ashton’s came yesterday when he posted a link to his Spotify page where he was playing Public Enemy’s song, Don’t Believe The Hype.

Sure, these aren’t official statements, but they say a whole lot.  The fact that they have had their marriage on the rocks in the past, they spent their sixth anniversary APART, and that they haven’t don’t anything to put out the rumors… well, that tells me that things are so not good.

Of course Ashton is wanting the world to NOT believe the hype.  He is being outed as a sleazy cheater.  He’s got his new show (Two and a Half Men) now and he doesn’t need the bad press.  Perhaps he should have thought of that before he partied all night at FLUXX nightclub sans his wife on their special night?

As I said before, I think that this marriage was doomed from the get-go.  But that’s just my opinion.  What’s yours?