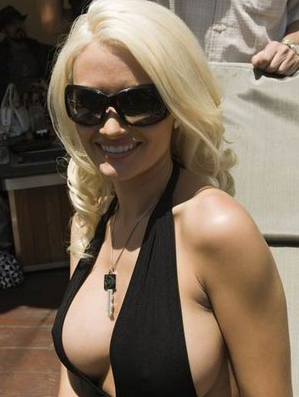 One of Playboy’s most lovable bunnies, Holly Madison has opted to insure her money makers.  Yes.  Her large rack has been insured for $1 million with Lloyd’s of London insurance company.

“I’ve heard about people getting body parts insured and I thought, why not?, because if anything happened to my boobs, I’d be out for a few months and I’d probably be out a million dollars,” she said. “I thought I’d cover my assets.  I think it’s kind of funny. I think they’re getting the credit they deserve.  They’re my primary money makers right now.”

If you’d like to SEE the proof of their value, up close and personal, head to Vegas and check out Holly’s Peep Show.  You’ll see just exactly why.

What do you guys think?  Would you ensure your body parts if you had that kind of cash to throw around?