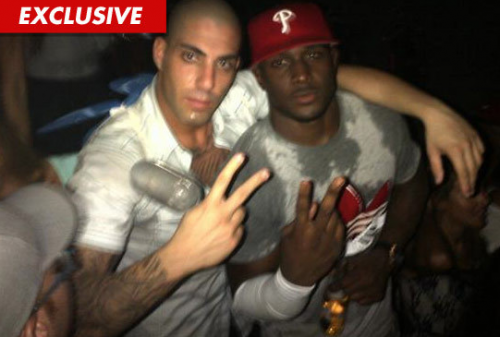 Reggie Bush is really starting to look like a has-been.  His team, the Miami Dolphins lost 26-16 to the San Diego Chargers where he only put up 50 yards.  He’s failed to impress at all this season and has fans questioning whether or not he has any drive, respect, or love left for the game.  Who can help but wonder?

So after the loss last night, what does he do?  Reggie Bush goes out and parties.  There was clearly nothing to celebrate about and he probably should have been at home sleeping, or at least watching some tape to figure out why he’s turning into a major failure.

Instead he was seen at XIV in Hollywood, getting his drink on, enjoying the topless dancers, and overall, not acting like he’s gives a rip about his game.

What do you guys think about Reggie Bush at this point? Vote in the poll below: