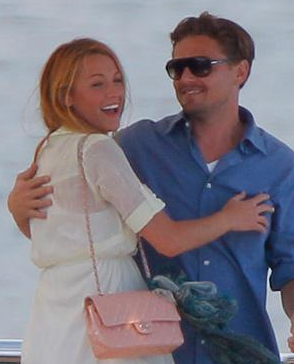 It is officially over.  They dated for five months….. the summer.  But Blake Lively and Leonardo DiCaprio have gone their separate ways.  Both of their reps have confirmed the news to Us Weekly.

Seen as one of Hollywood’s hottest, young couples, we saw these two with huge smiles for all those months.  So what went wrong?   Maybe they got sick at looking at each other’s gorgeous faces?  Who knows?  I suppose this is when those character flaws that the rest of us don’t see come into play.

So who do you think they should hook up with next?  Drop your “suggestions” in the comments below!