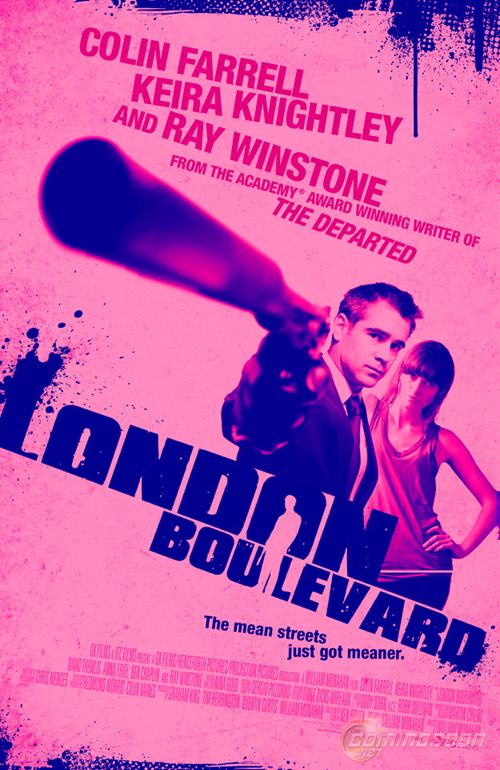 After three years behind bars, Mitchel (Colin Farrell) emerges from Pentonville Prison with good intentions. But when his old friend Billy (Ben Chaplin), a low-level gangster who’s looking for backup on a job, meets him upon release, Mitchel joins him in exchange for a place to live. While entangled in the past, Mitchel becomes involved with Charlotte (Keira Knightley), a movie star holed up in a Holland Park mansion against the paparazzi. Touched by her beauty and vulnerability, he quickly falls into the role of protector, fending off aggressive reporters and stalkers, as well as Billy’s ploy to rob the house of its expensive art and vintage cars.

As the attraction between them grows and their relationship deepens, Mitchel and Charlotte make plans to start anew in Los Angeles. But Mitchel has already caught the eye of powerful and ruthless mob boss Gant (Ray Winstone), who sees him as a potentially valuable asset to his business. When Mitchel rebuffs a lucrative job offer, Gant sets out to ensnare him in a violent web of extortion and murder. As Gant’s tactics become increasingly vicious and deadly, it becomes clear he would rather see the younger man dead than free. Knowing no one close to him is safe from Gant’s wrath, including Charlotte and his troubled sister Briony (Anna Friel), Mitchel decides to take a drastic move to settle things between them once and for all.

Now check out the trailer:

London Boulevard opens on November 11th… are planning to go see it?