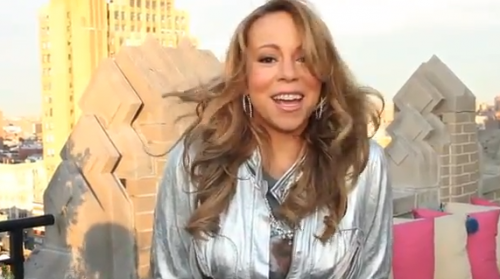 Carey made this rooftop video announcement and she’s hysterical.  I don’t think she’s trying to be funny, but it is!  Anyhow, the big announcement is that she’s doing a duet with Justin Bieber for his Christmas album.  I suppose if you want it to be a real Christmas album, it HAS to include Mariah.  Other artists confirmed for the album are: Boyz II Men, Usher, The Band Perry, and Busta Rhymes.   Yeah, this is going to be one interesting album.

Check out the funny video below: