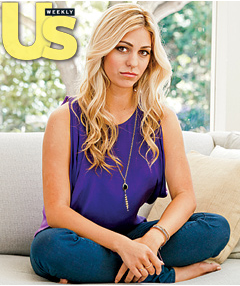 Well, here it is.  Ashton Kutcher’s alleged mistress, Sara Leal has come forward to Us Weekly to tell her side of the story….. not that Ashton has come forward with his.  In fact, his silence has been saying a whole lot for him.

Everyone wants to hate on her.  But, I am sure we all know single females in our personal lives who would probably do the same thing. Just sayin’….

So what did Sara Leal have to say about the hot and heavy night with the married Ashton Kutcher?

“He just came up and kissed me.  I didn’t think it was out of the ordinary.  I wasn’t self-conscious about getting naked. He lost his towel and I took my robe off,.  Then we had sex.  He was good.  It wasn’t weird or perverted.”

Oh… and they didn’t use a condom…. nice.  Classy. Demi… I hope you’re not touching that anymore!

After the first round of sex, they had a conversation about just about all of the major topics…

“I told him I was a Lutheran from Texas. He said, ‘Oh my gosh! Are you a Republican?'” Leal says.  Then talked about the  “up-and-coming candidates. I said Rick Perry. He asked if I’d vote for him. I said I didn’t know and he laughed. He laughed at pretty much everything I said.”

They had another romp….

“He was like, ‘I enjoy things like this because I’m an actor 90 percent of the time nd it’s fake. It’s nice to have moments that are real,'” Leal recalls.

After reading this interview, do you think that Ashton Kutcher will be ready to come forward and confess?  How much further do things have to go before he is ready?