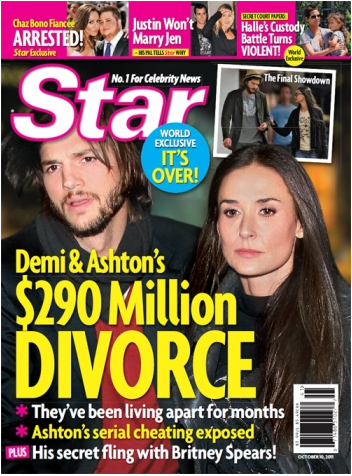 Sure, sure. This still isn’t CONFIRMATION.  But the paparazzi caught a moving truck at Demi Moore and Ashton Kutcher’s Los Angeles home yesterday.  What does that mean for sure?  Well, with all of the scandalous affair stories, I think it’s same to assume that someone is moving out, and we can bet that it’s Ashton.  After all, he is the cheater.

What’s your take on the situation?

UPDATE: TMZ is now reporting that the paparazzi that shot the photo of the moving truck were full of it.  The moving truck never even went on their street.  But hey, I still think that they are headed for divorce.