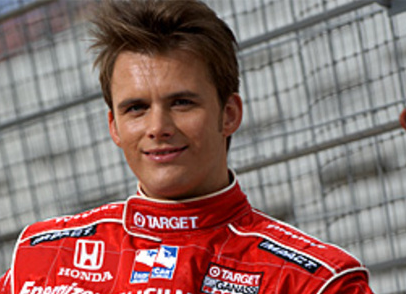 IndyCar Driver Dan Wheldon was killed in a tragic accident today in Las Vegas.  His car crashed during a huge 15-car pileup during the Las Vegas Indy 300.

Wheldon’s car hit another car during Lap 12, flew into the air, then hooked part of the catch fence outside of Turn 2.

“IndyCar is very sad to announce that Dan Wheldon has passed away from unsurvivable injuries. Our thoughts and prayers are with his family today. IndyCar, its drivers and owners, have decided to end the race. In honor of Dan Wheldon, the drivers have decided to do a five-lap salute to in his honor.”

Our thoughts and prayers are with Dan’s family and friends during this tragic time.