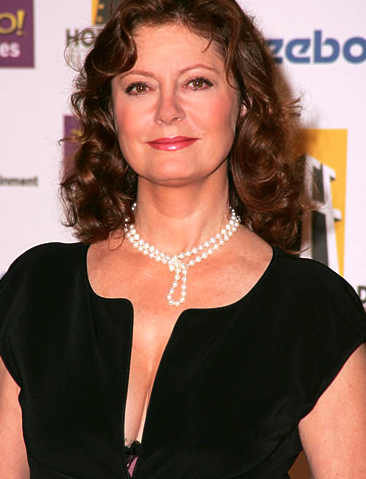 Susan Sarandon is going to be under some serious heat/backlash after referring to Pope Benedict XVI as a Nazi TWO TIMES.

She was being interviewed at the Hamptons Film Festival when she talked about sending the Pope a copy of the book, Dead Man Walking.  Then she was more specific when she said,

“The last one [Pope John Paul II], not this Nazi one we have now.”

The guy interviewing her, Bob Balaban showed that he didn’t like her comment, she said it again… and the audience loved it!

Wow.  That girl has some balls!  How long till she backs down and apologizes?  I kind of think she WON’T.