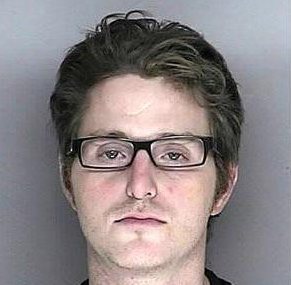 Wow.  Just when you think that Cameron Douglas couldn’t make another mistake, he does.  He is currently serving five years in federal prison for dealing drugs.  Yesterday he plead guilty to possessing drugs IN JAIL.

When he is sentenced on December 21st, he faces a maximum sentence of 20 years in prison, followed by three years of supervised release, AND a $250,000 fine.

“Cameron accepts full responsibility for his conduct, which involved a small user-quantity of drugs. While he has made much progress, he is still not cured. Most people and their families are able to address this illness privately and outside of the spotlight. Unfortunately this has not been possible here, for reasons completely outside of his control. He thanks those that have rooted for his recovery and looks forward to the day when he will not disappoint.”

I appreciate how loving and supportive he remains.  I think a lot of parents would have thrown in the towel at this point.