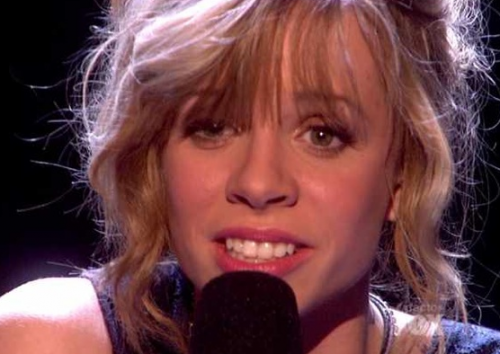 So, taking on the X Factor after being such a fan of American Idol for so many years, I wasn’t sure if I’d be able to adjust to something “new”… sure, X Factor has been in the UK for awhile now, but I never watched… I didn’t even know the real format of the show.  I just assumed it was just like Idol.  Boy was I wrong.

After watching all of the auditions episodes, I was still not completely sold.  Once we hit the top 16, I was hooked.  This show is phenomenal.  Yes, it’s the new American Idol.  I think I might be a tad bored with Idol after this season of X Factor concludes.  Err, well, no.  Probably not.  As long as I have my darling Steven Tyler who just got himself a couple of new teeth thanks to a spill in the shower, I will be fully entertained.

I was extremely nervous going into the first live show.  I was worried that my faves would get the boot and then I would be too pissed off to make it through the rest of the season.  By the end, I was jumping for joy, seeing all three of my favorites moving on.  I was so very happy with Simon Cowell for doing the right thing.  He had me wondering what he was thinking for a bit.

I do like the crazy tension between the judges, it makes for great entertianment, right? But, I think that all of the rumors about L.A. Reid being a snake could actually be true.  He and Simon look about ready to kill each other.  Weird.  I am curious to see if they ever get on the same page or if they only get more intense as the show goes on.

So if you’re wondering who my three favorites are… here you go: Drew.  She is hands down the most amazing, jaw dropping contestant to be sure.  Her rendition of What A Feeling blew me away.  Josh Krajcic is hands down the best in the over 30s.  His voice is so pure.  I love everything about him and will so be buying his album.  My final fave would of course have to be Melanie Amaro.  I nearly died when Simon originally gave her the boot in France.  I couldn’t believe my eyes.  I was quickly saved from depression when he went to Florida and made it right.  That girl has more talent than she knows what to do with.  She’s going to have a huge career no matter what happen on X Factor.  Love her.

Okay.  So now that I have gone on and on about the three that thrill me.  I will give  you the list of all of the top 12 that have moved on.

Okay, so what are you guys thinking?  Who’s your favorite?  Who do you think is going to take this all the way?

I have included the three videos from this week of my faves below, so in case you missed them, or just want to see them again, check them out!

Stunning, right? Can’t wait for the next episode!