Kris Humphries Reveals His “Dark” Side 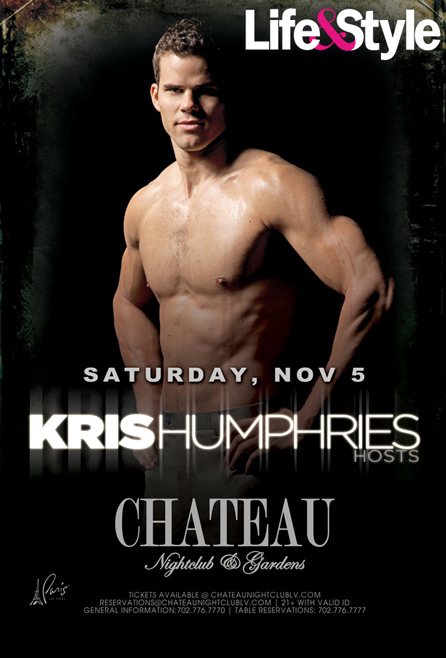 The whole divorce between Kim Kardashian and Kris Humphries has ignited so many rumors, the forums are busting at the seams.  The latest tid bit to come from Kim’s corner?  That she made the final decision to file the divorce after she learned that Kris had hired a Hollywood publicist.  Hmmm.  That’s odd.  Seeing as how he acted so put out by the paparazzi, etc on the show.  What was that all about?  When I first heard that he was allegedly going Hollywood, I didn’t believe it.  Well, now I do.  For a guy who is acting heartbroken and saying,  “I love my wife and am devastated to learn she filed for divorce. I’m committed to this marriage and everything this covenant represents. I’m willing to do whatever it takes to make it work.” …. I am having a hard time understanding why he’d be up for a huge Vegas bash this weekend.

Humphries will be the host of a big bash at Chateau & Gardens in Sin City.  Yes, this was a plan before Kim dropped her divorce bomb yesterday, but he’s not back out.

Life & Style reports that, “His people have confirmed he’s still coming, even in the wake of this divorce announcement.”  They continued,  “It’s one of those super late-into-the-night parties — it’s called Butterfly at Chateau Gardens, and it’s on the rooftop of the [Paris Hotel’s replica] Eiffel Tour.  There will be a red carpet, which will start at 11:30 p.m. and Kris will probably arrive around midnight. It’ll run into the early hours of the morning.”

Sure, this is the classic behavior for guys when they get dumped.  But Kris is in a completely different situation.  This is odd.

Maybe he’s desperate for the money. You see, he spent $2 million on Kim’s ring.  HE isn’t allowed to get it back *(legally) and the guy has no job thanks to the NBA lockout.  And even when he’s employed by the NBA, he doesn’t make much… in comparison to that ring’s price tag.  Ouch!

So you see, at the end of the day, Kris Humphries isn’t the innocent, paparazzi hating guy from Minnesota.  He’s actually looking to make his way into Hollywood and it looks like Kim was his ticket there, until she decided to get rid of him.

I’d like to note that anyone who watched any of the shows, especially the wedding special, would see clear as day that these two were not meant to be together and that they should have never forced themselves down that aisle.  It was all so very wrong.

Turns out, Kris Humphries is a really tall fame whore.

UPDATE: After receiving some bad PR for keeping the hosting gig, Kris has decided to cancel.  Suddenly he finds that he must stay home with his family in Minnesota to recover from this devastating blow.