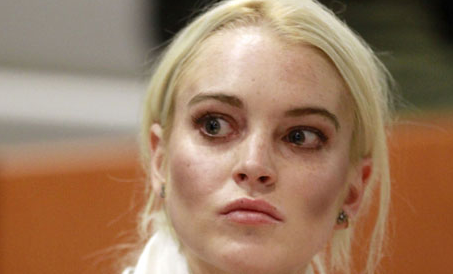 This morning Lindsay Lohan appeared in court once again to face the music for violating her probation.  The judge really wasn’t harsh.  She made it clear that Lindsay has to finish her probation and community service requirements exactly as she’s instructed her by March 29, 2012, or else it’s seriosu jail time.  And we know that she means it.

So for now, Lindsay is going to jail for just 6 days.  She can handle that.  And no, there will be no house arrest.  We know the judge wasn’t going to let that happen again.

I think this is fair.  Lilo has been seemingly on track lately.  She’s going to have to do all of her time at the morgue after she gets out of jail.  I think that place is teaching her a big life lesson, and that’s what it’s meant to do.  So hey, it’s success of some kind, right?