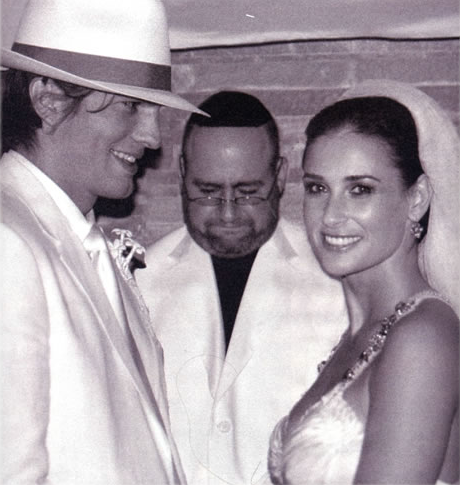 Say it ain’t so!  Well, rumor has it that Demi Moore isn’t such a victim after all.  Seeing these headlines and photos of her, where she’s supposed to look like she’s depressed and starving herself because her husband has been cheating on her with all the nasty girls he can lure into his dirty bed is now nauseating.

The latest rumor is that Demi has been sleeping with Ashton’s buddy, Ben Hollingsworth.  He’s an up and coming star from the CW’s The Beautiful Life.  He’s only 27 years old, so that fits Demi’s age range.  Yeah, I just said that.  They first naughty tryst allegedly happened in the back seat of her car when she picked him up from a late night party.  Ewww.  Demi is dirty!

Everyone is saying that Demi and Ashton have an “open marriage” but if that was actually really true, why haven’t they come out and said that so the tabloids would calm down?  This whole affair thing has been going on way too long for them not to have addressed it by now.

On a side note, I am really looking forward to seeing Charlie Sheen’s new show, Anger Management.  I want Two and a Half Men to fail and Charlie to be WINNING again!