Tara Reid Confesses: My Marriage To Zack Kehayov Was FAKE 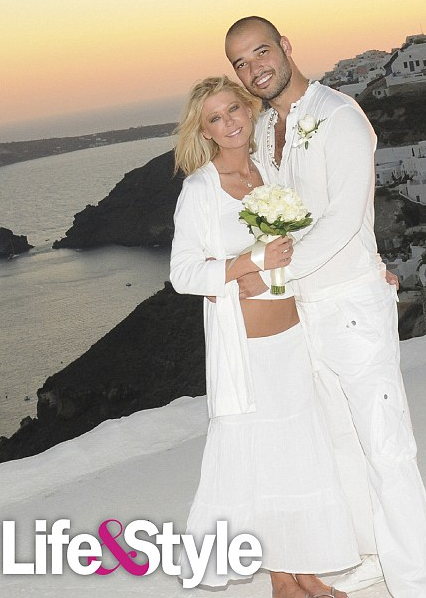 Tara Reid has been anything by the poster child for rock solid relationships.  And she’s proven that once again.  She had posted on her Twitter on August 13th that she was engaged and then married, in the same day.  Who was the guy?  His name is Zack Kehayov and apparently, he’s a real schmuck.  Why?  Because he was using Tara to get his green card.  Ew!  That’s low.  He totally took advantage of her “desperate” status and in the end, she is the one humiliated.

So the wedding is Greece?  It wasn’t legal.  Tara has confessed,

“We were never really married.”

How sad for Tara.  Will she ever catch a break in the love department?  Someone “close” to her told Life & Style,

“It wasn’t legal.  They knew they’d need to renew their vows back in the U.S. to make it legal.” But it never happened. “Zack was all over Tara to redo the marriage, but she wanted to take her time.  Zack told Tara “he was some sort of wealthy playboy — but he’s not. Now Tara thinks Zack may have only married her for a green card.”

I don’t think that there is any question about that.  But man, that is really low.  He should have at least talked to her about it.  Maybe she would have been cool with it had he been up front about it in the first place.  Live and learn, right?  I think that might just be Tara mantra for life.