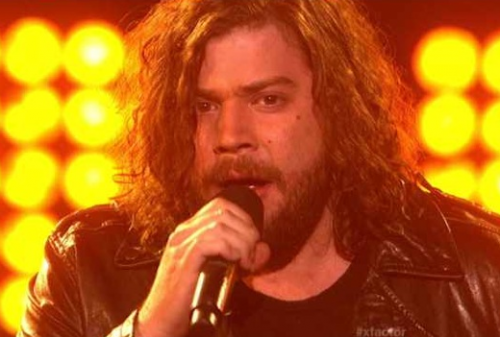 Last night we finally go to get into the “judging action” on X Factor.  It was the first night with fans voting for their faves after the LIVE show concluded.  And what a show it was too!!

Let’s get right to the quick recap:

The Stereo Hoggz opened the show with Rhythm Nation and wow.  They blew everyone away with their choreography and of course clean vocals.  Very impressive, seemed more like a concert than a competition.

Chris Rene was next with Superstar.  I am a fan of Chris, but I am thinking this song was a weak choice for him.  I am afraid that he could be in danger of going home tonight because he’s so much better than that performance was.

Leroy Bell sang I’m Already There.  It was his typical performance.  Not enough life to really engage me.  Sure, he’s got the vocals, but he doesn’t bring me into his world.  Not feeling it.

Rachel Crow is still as cute as ever.  She sang Walking On Sunshine but changed the lyrics to ‘You Are My Sunshine’ and I wasn’t digging that.  But you know Simon, he’s into sticking out!  Overall, very clean performance.

Lakoda Rayne sang Landslide and it didn’t do it for me.  I want to see them change things up a bit next week, so hopefully Paula will be into that idea as well and we can see something a little different.

Josh Krajcik was my favorite of the night.  This guy gets me every time.  He’s so engaging and wow, he once again blew me away singing, Jar of Hearts.  I will so be buying his album.  Love him!

Melanie Amaro sang Desperado and proved just how rock solid she is.  That girl can sing anything and make it better than it already was.

Astro, who happens to be my least favorite in the competition rapped again.  He sound like a kid rapping.  He sounds the same every time he takes the stage.  I know that some people can enjoy that, I cannot.

InTENsity brought their A game with Kids in America and Party Rock.  They are a really fun group that never fails to entertain and bring the fun.  Solid performance for sure.

Drew sang Just a Dream and of course did a great job.  It wasn’t my favorite performance.  Last week was so much better.  But she’s still in my top 3 faves, and I can’t wait to see what she brings next week.

Marcus Canty sang Every Little Step and did a really great job.  He’s got the full package and commands the stage with ease.  He’s going places with or without the show.  Nice job!

Stacy Francis sang Up The Mountain and ended it with some big love from Simon who kind of stole the glory from her mentor, Nicole Scherzinger.  I am tired of Stacy, but I know she’s deserving of her place on the show. It’s just always overkill on her drama face.  Is that just me or what?

Overall a really, really good show.  I am anxious for the results tonight!  Who will be going home?!

Check out my favorite of the night below!