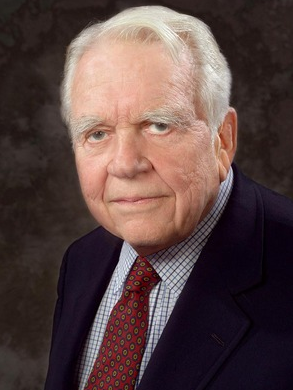 CBS legend who was with the company for about 60 years,  Andy Rooney passed away yesterday at the age of 92.  If you are a fan of 60 Minutes, you will be missing him for a long time.  It just won’t be the same without him.  Last month he had been hospitalized after having a minor surgery that ended with serious complications.

“It’s a sad day for everybody here at CBS News, it’s hard to imagine not having Andy around. He loved his life and he lived it on his own terms. We will miss him very much.”