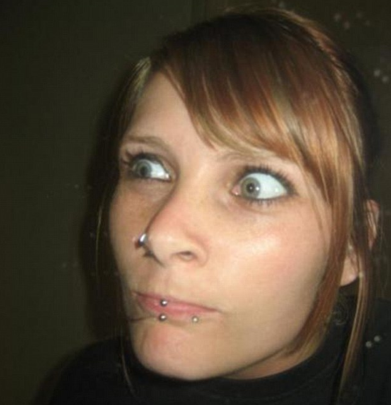 Hmmm.  I have avoided this story completely.  Till now.  I finally caved.  I really didn’t want to give it any more light than it has already gotten.  The Bielebers are going insane, the haters are loving it, and overall, it’s complete absurdness.  If you’re out of the loop, there is a seemingly unstable 20-year-old woman, Mariah Yeater (above) who claims the Justin Bieber is the father of her 3-month-old son.  Bieber of course claims he never met her.  She’s says he knocked her up and is in fact the father of the baby.  She wants a huge settlement, and of course 18 years worth of child support.

These kinds of scandals irritate me for one simple reason.  They could be “solved” and closed in a matter of days if the paternity tests are done right away, discretely and then case closed.  But no.  Instead we have to see Bieber and cocky little attitude all over the place saying things like “I will never be a victim” and the like.  Really?  Really?  Well if you’re not the baby daddy, why are you waiting for a judge to ORDER you to have your blasted cheek swabbed to prove or disprove the accusations?  If you are so sure and so confident that you are not the father, why wouldn’t you want to put this thing to bed as quickly as possible.  Those tests don’t lie.  But either Yeater or Bieber is lying.

At the end of the day, whether Justin Bieber is the father of Mariah Yeater’s kid or not, I could really care less.  But man, something is fishy when the kid won’t just prove it already.  What is Justin Bieber hiding?!

The judge will most likely be ordering a paternity test on December 15th, unless Bieber goes for it first.