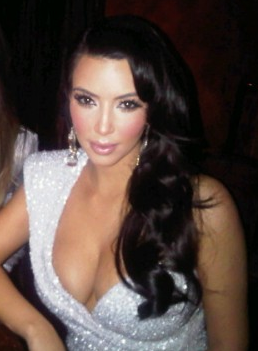 Kim Kardashian refuses to face the music.  She opted to hide from it.  Literally.  When the paparazzi ambushed her at LAX when she arrived back from her quick trip to Australia, Kim switched cars on the way home and ended up at a secret location that only her family and a couple of friends know about.  She doesn’t want to deal with any of the divorce media attention, so she’s hiding.

Kicker is, she’s got to start filming her first film, ironically titled Marriage Counselor.  You better believe she’s going to have insane amounts of security and black umbrellas hiding her between the shots, etc.

Kim is so stuck on herself right now, she’s going to miss out on special family engagements, including her mom, Kris Jenner’s birthday and Lamar Odom’s as well.  Selfish much?

Do you think that Reggie Bush might be keeping her company in her hiding spot?  Keep an eye out for him, you might just find Kimmy there….