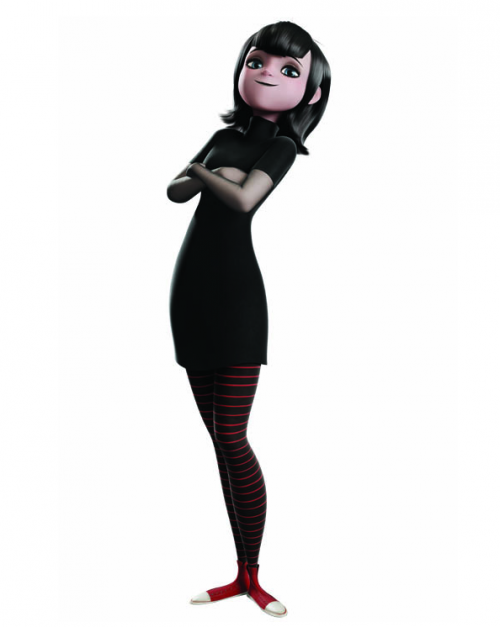 Miley will be playing Mavis(pictured above), the daughter of Adam Sandler’s Dracula character.  I am so excited for this one.  I love the entire cast!  This is going to be all around, family fun!

Welcome to the Hotel Transylvania, Dracula’s (Sandler) lavish five-stake resort, where monsters and their families can live it up, free from meddling from the human world. But here’s a little known fact about Dracula: he is not only the Prince of Darkness; he is also a dad. Over-protective of his teenage daughter, Mavis, Dracula fabricates tales of elaborate dangers to dissuade her adventurous spirit. As a haven for Mavis, he opens the Hotel Transylvania, where his daughter and some of the world’s most famous monsters – Frankenstein and his bride, the Mummy, the Invisible Man, a family of werewolves, and more – can kick back in safety and peace. For Drac, catering to all of these legendary monsters is no problem – but his world could come crashing down when one ordinary guy stumbles on the hotel and takes a shine to Mavis.