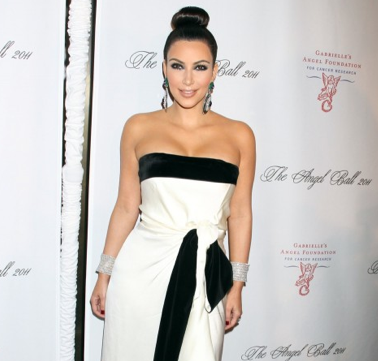 What is going on?!  Kim Kardashian flies for divorce, goes into hiding, now flies out to see her soon to be ex husband, Kris Humphries in Minnesota?  Yup.  That’s what’s going on.  This morning Kim was seen at LAX taking a commercial flight to see Kris on the earliest flight she could get out.  I guess that extra hour of sleep from the clock change made it a little easier though, right?

She only had a bodyguard with her.  So what’s her plan?  Why is she going up there?  Is there a reconciliation?  Is this just another ploy for attention?  What gives?!

Maybe Kim is just going up there to give Kris his $2 million in person for the ring she doesn’t want to return.  (Their prenup had a clause that says she has to pay for it if she wants to keep it…. the only smart thing Kris did in the whole marriage!)

SO what do you think Kim’s reasons are for going to Minnesota?   Drop your two cents in the comments!