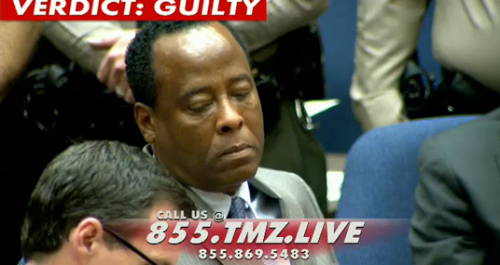 The jury has finally come to a verdict in the case of Conrad Murray… accused of killing Michael Jackson.  This has been a very, very long, drug out case and finally today, the verdict is in and we can hopefully take this closure and move on with our lives.  Murray will definitely be losing his medical license.  There is no doubt about that.  He will have to face another round in court for that, but for now…

Are you ready for it?!