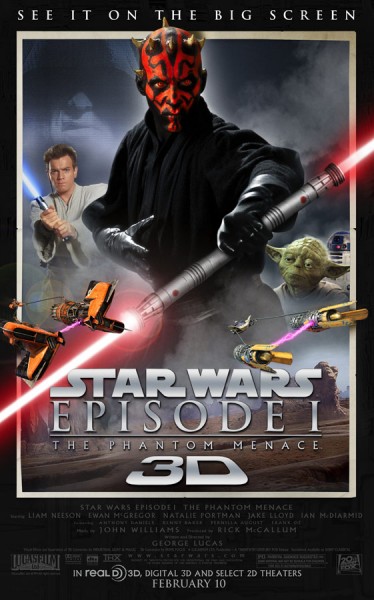 It’s that time again, fellow nerds. That’s right, papa George is re-releasing the entire ‘Star Wars’ saga in 3D! I’m pumped about this to say the least. Although I am not the biggest fan of 3D, just getting another opportunity to see the six movies in the theaters in all of their digitally remastered glory is huge!!! Suffering through Jar Jar Binks is only a minor setback as far as I’m concerned. No need to review anything here, just enjoy.